Krystyna Karaszewska, a long time Stud Book Registrar of Polish Arabians and Thoroughbreds, passed away on the 28th of September, 2022.

Krystyna is a figure inextricably linked with the Racing Track at Służewiec. She started working at the races in 1968, and from 1970 she became the Keeper of the Stud Book. She enjoyed great respect and recognition in the country and around the world. At international studbook conferences, both Thoroughbred and Arabian, she was called “Madame Stud Book”. Thanks to her many years of hard work, in 1996 the Polish Stud Book of Thoroughbred Horses (PSB) was recognized by the International Stud Book Committee (ISBC). Whereas the Polish Arabian Stud Book (PASB), one of the founding books of the World Arabian Horse Organization (WAHO), was set as a model for other countries applying for the recognition of their stud books in WAHO.

Although she is mainly associated with the Stud Book, it should be mentioned that Krystyna was also the head of the Selection, Breeding and Racing Organization department, advisor to the Polish Jockey Club President, a Steward and a highly valued racing commentator. To this day, many players recall that when they listened to her coverage of the race, they literally saw it.
Krystyna spent her entire professional life with the Horse Track at Służewiec. She belonged to a generation of people who shaped the image of Polish racing for over 50 years of its activity.
Thank you! 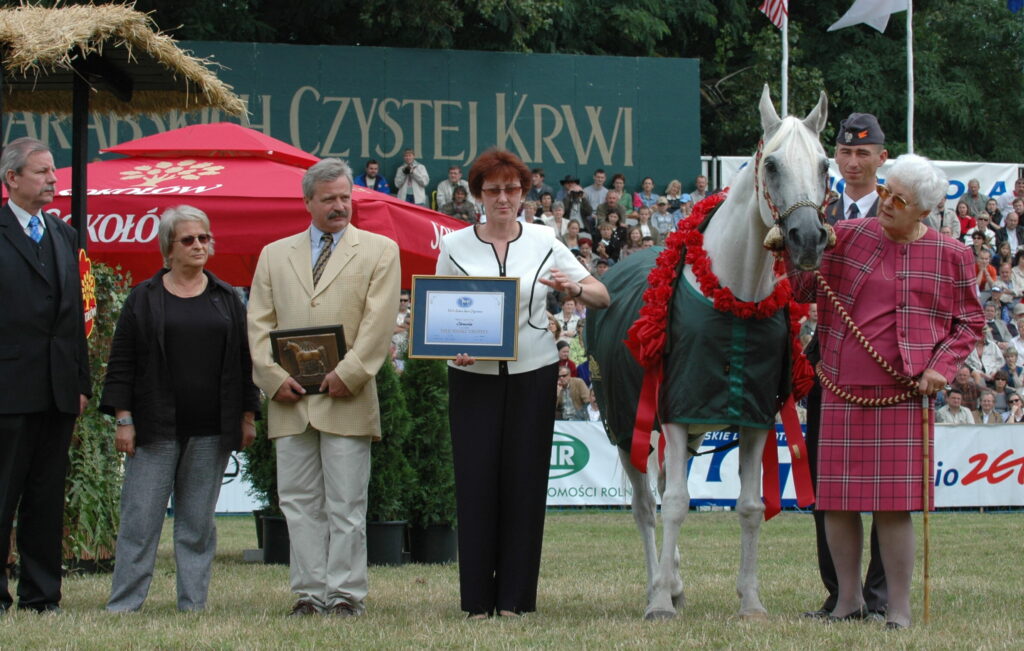